When you order a standard kulukki sarbat at one of Kerala’s roadside juice shops, you step back and watch the show unfold. Sparkling water, sometimes milk, is tossed into tall glasses and shaken with a cocktail shaker, tossed in the air several times and deftly caught before adding a scoop of crushed ice and doused with syrup. If that kulukki can’t shake you, probably a few drinks can.

Kulukki in Malayalam means shaken and this soft drink, which takes its name from the way it is made, is still one of the most popular in the state. 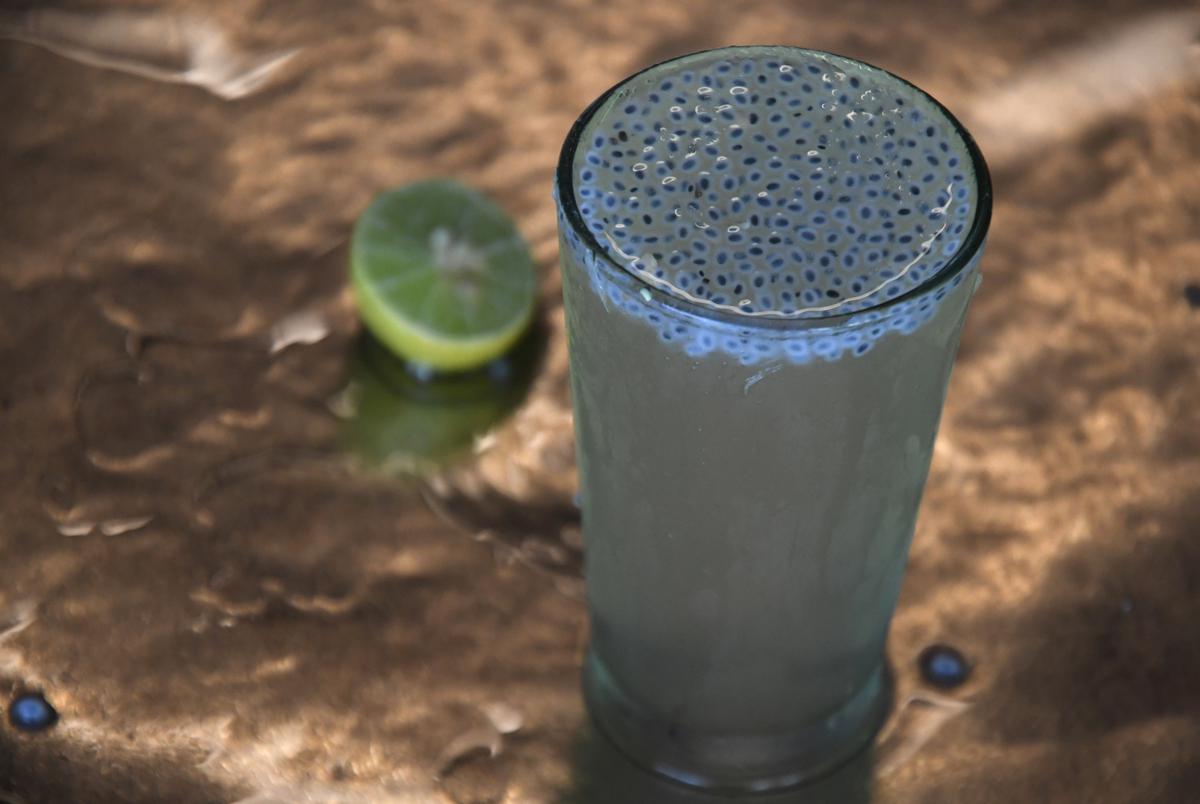 Kerala takes its drinks seriously; even if they are of the non-alcoholic variety. An average “cool bar” (as juice shops are commonly referred to here) can whip up anything from a simple lime soda to a flamboyant mocktail, all in minutes. And summer is not even a prerequisite. From seasonal fruits to milk, sarsaparilla, malt-based health supplements and spices, the beverages live up to the maker’s inventiveness.

These street drink makers are skilled mixologists, creating their own signature drinks and styles. the kulukki sarbat owes its popularity to Shaji’s shop at High Court Junction in Kochi. Shaji has been in the business for many years, but his kuluki, a refreshing and fizzy lemon-sarasaparilla-soda fizzy mix that has become popular in recent years.


the kulukki was quickly adopted by others, who added their own ingredients and identities to it. Sarbath Shameer, whose “Boost Kulukki” has a veritable fan base, plans to open branches in all 14 districts of Kerala. He came to Kochi from Kannur, worked as a helper at a few roadside restaurants before setting up his Sarbarth shop six years ago. The 24/7 store receives a steady stream of visitors ordering Boost and Horlicks Kulukki to ₹40 a glass, in addition to the usual ginger, pineapple, orange and lemon at ₹20. Shameer, however, recommends his namesake drink – “It’s my own recipe with raisins, milk , honey and couscous – well shaken, of course,” he says. 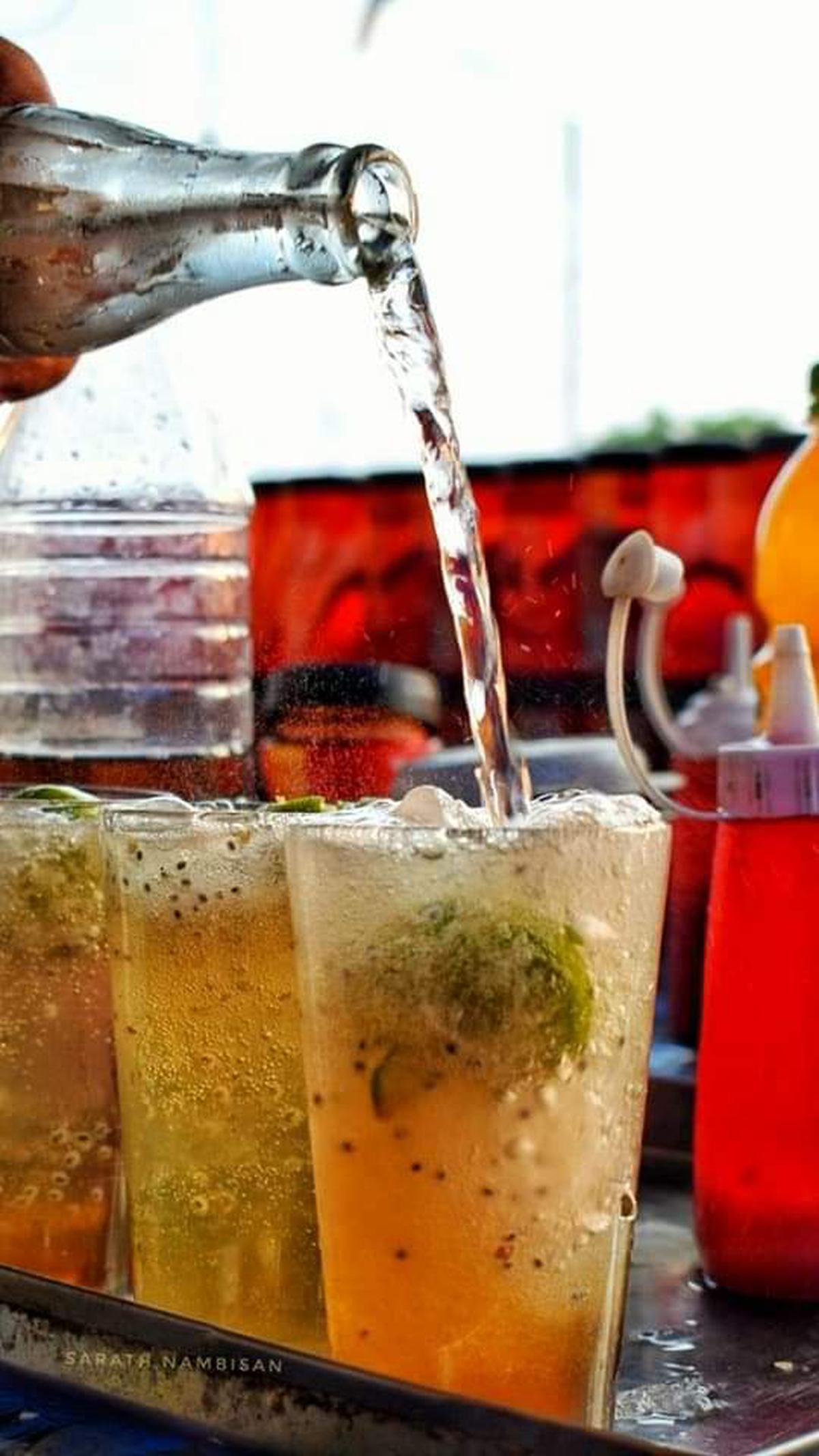 The art isn’t just in the blend, but also in the nomenclature, says Sarbath Shafeek, whose drinks are as awe-inspiring as their names. Shafeek is a local hero when it comes to his blending skills, attracting food vloggers from different parts of Kerala to his outlet at Velliyankallu Heritage Park in Thrithala in Palakkad district. His most popular drink is ‘Kilipoya sarbath’ (which roughly translates to a state of dizziness). “You’ll be in a daze after drinking it,” he says, adding that his creation is a delicate balance of spicy, sour and sweet flavors.

“It’s no secret, my Kilipoya Sarbat contains a thin bird’s eye chili and gooseberry paste mixed with lemon, sweet sarbath, club soda and served with lots of ice.” The names and drinks become more complex, as Shafeek lists them – Minnal Sarbath, Sarbath Jingli, Maram Chutti, Djinn and Kikkili. While Minnal (an ode to the popular Malayalam film Minnal Murali), Djinn and Jingli are made up of varying proportions of his chilli-currant concoction, Kikkili (meaning to tickle) contains blue curacao, strawberry and soda. “This one will make you laugh, hence the name,” says Shafeek, a Pattambi native who never fails to wear his chef’s cap and jacket to work. “I didn’t go to a cooking school. I learned that on my own and will continue to experiment,” he says.

Don’t laugh at the mocktail 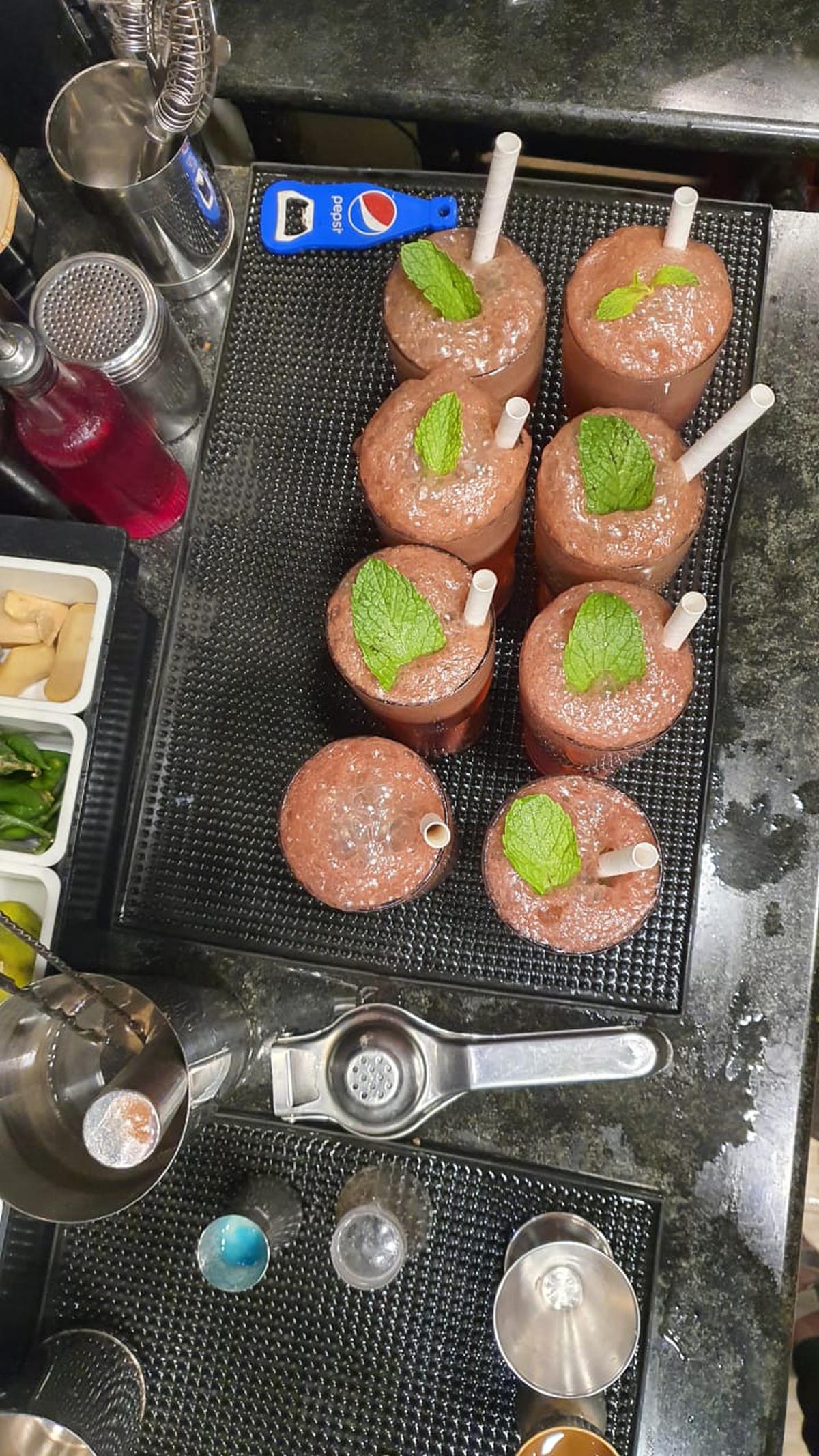 In Kochi this season, a few drink joints have brought new twists to their mocktail game. Fusion Soda, a hole in the wall in Vazhakkala, introduced a cinnamon-smoked orange juice mocktail, in addition to a range of soft drinks made with fresh fruit, spices, kokum, chaat masala and even paan. Akhil Varghese, co-founder of Fusion Soda, says the idea is to make ambitious mocktails affordable and available at a street joint.

The fruits are marinated for seven days then crushed with a wooden spatula. The pulp is then poured into beer glasses before adding soda and presto! The masala soda is good to swallow. At ₹30, it’s the best pick-me-up on a sultry day. 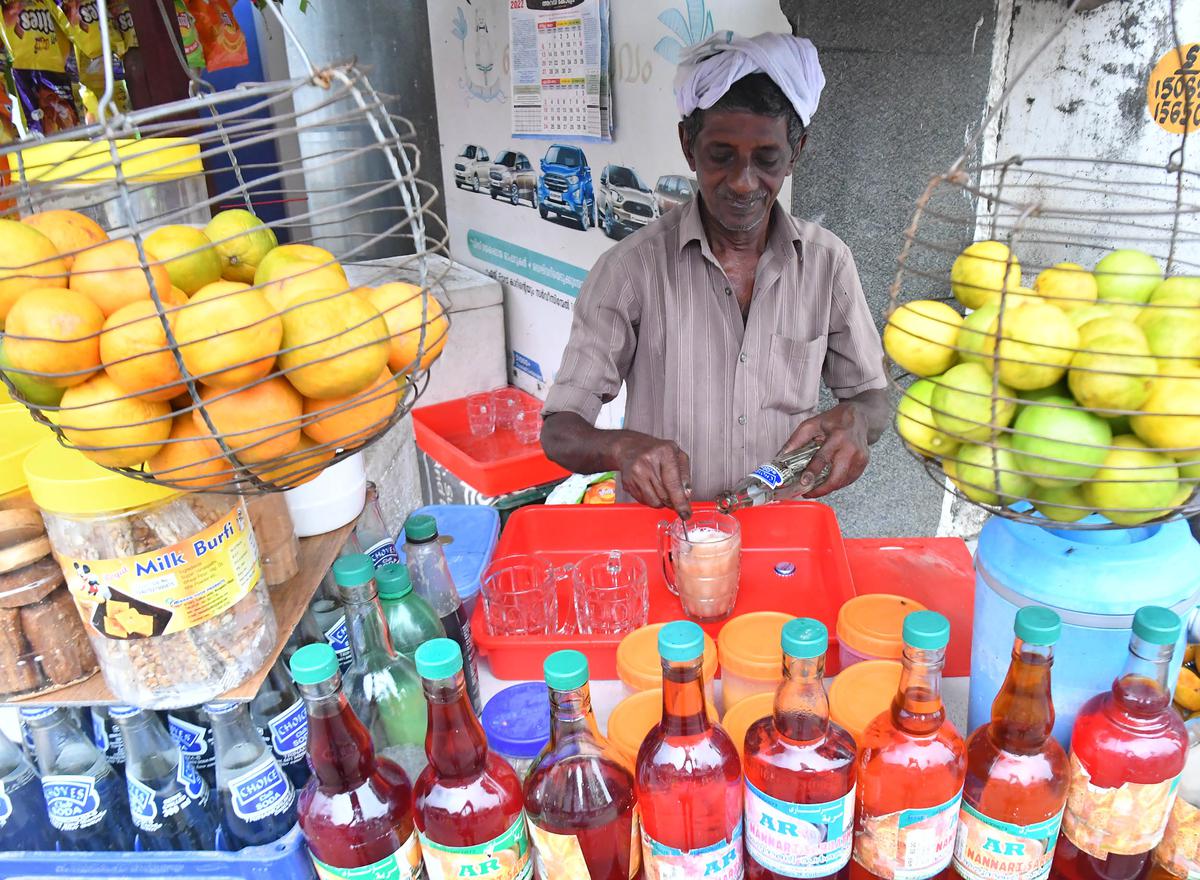 Kozhikode, known as the center of milk sarbat at several places serving it in small earthen cups. The drink is called kudukka (earth cup) sarbath, with some places offering the same in bamboo cups. Aswal Puthren, a food vlogger from Kozhikode, says his favorite is ‘Iringadanpally sarbat‘ served at Manoos Sarbath Kada in the city. “Named after the place, Iringadanpally, this sarbat is an incredulous mix of sweet and spicy – say condensed milk, fruit and cheeramulaku (Chile).”

Nostalgia in a bottle


Almost all of these drinks are fizzy, and Kerala has its share of old-fashioned soda bottles with marble caps. When summer comes, all roads in Kollam lead to a small outlet at Asramam maidan. Run by Rajesh Rajendran, the specialty here is ‘Kallu soda’, which is sprayed in style from tall glasses lined up at the counter.

Tokens are given out to control the rush and people wait under the large shady trees around the shop. Rajan P, who oversees the place, says the ‘ goli soda’ is bottled by them in Kollam. Are offered kalu soda, aka lime soda with lots of sugar and a pinch of salt, orange soda and ice cream soda.

The century goli Soda bottles from KKV Cool Drinks in Pachalam, Kochi, also draw a steady crowd for their vintage value, says Sujith Dayanand, who runs the shop with his wife Anju Sujith. The soda is made at the store and bottled there. “We have around 600 bottles made in Britain. Many of our customers come here just to admire the bottles and soak up the nostalgia,” he adds. The delicious ginger, lemon and fruit sodas, however, are served in paper cups. “We want to keep these bottles that come from another time,” says Sujith.

(With contributions by Saraswathy Nagarajan)